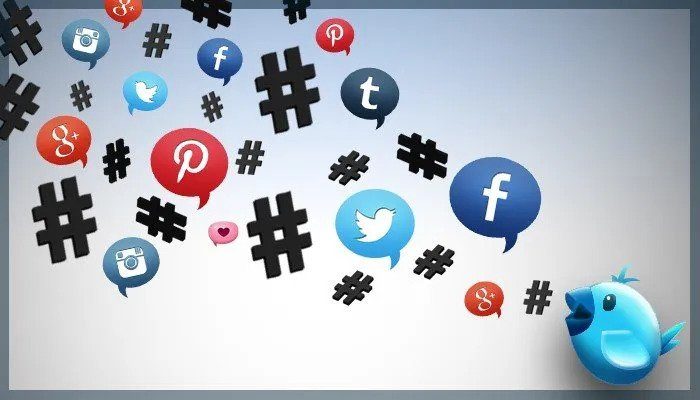 Hashtags and How to Best Use Them For Your Business

Posted by SocialEyes Admin
May 23, 2022Information 0

You might have come across this latest buzz on social media platforms, we merely knew as counting notation known as the pound sign, at the down corner of our mobiles and telephone keypads to call back the person you last called as well as other services.

However, hastily moving to the year 2007, when Christopher Reeves Messina, an American technology evangelist, and open source advocate, dropped an idea on social media in august 2007, the tweet emerged something like this:

These seven characters written with the sign of  ‘#’ brought a noobie trend on social media platforms, propounding to adapt the implementation of hastags to gather, classify and index similar discussions and topics to target identical users having similar interest.

The founder of Twitter, Evan Williams, expressed to Messina that he didn’t actually think that hashtags would gather such favorable reactions because of their technical approach.

Well, the rest is history!

How far we’ve come with Hashtags!

The hashtag began to pick up the pace during 2008 and 2009, twitteratis started becoming attuned with the use of hashtags. From political figures to celebrities, to brands and frequent users, everyone is surfing the wave of this online trend.

Over time other social networking sites have adopted hashtags as well. Such as Google, Google+, Youtube, Tumblr, LinkedIn, Pinterest and Instagram have implemented a hashtagging feature to their sites, with no less success. 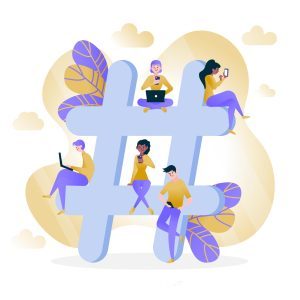 It took a while for Facebook to catch up on this on-going craze. Like Twitter, Facebook also provides a unique URL for each and every hashtag that you and your intended audience can get connected with.

Recent trending hashtag #onenationonetax, Since GST  has rolled out in India, where people are sharing reviews, opinions, and reactions over this major reform, a perfect example to validate the significance of #hashtag the Internet leader for every trend, info, discussions and the crazy, crazy world of social media!

Social media has become an essential constituent for Brands to advertise and target the right audience. Moving and shifting the whole perspective of how marketing is done. Providing insights on what your targeted customers are interested in and what they are currently talking about. Whereas customers can reach and get acquainted with brands and products they are interested in more effortlessly.

As the business world is rapidly growing day by day, it is of utmost importance to turn up the notch on digital marketing strategies of companies, with the towering competition out there, only ones with the effective techniques to attract customers is winning the game!

How to use HASHTAGS to level up your game!

From various articles, websites and even apps entirely dedicated to spreading knowledge about this social media bustle, there are various ways you can use them for your own ends.

Apps such as Insta tag, Focalmark, HashTags and many more will totally get your hashtag game going, you can choose from various sections you want to post about.

Whether it is business, marketing, fashion, food, holidays, travel, entertainment, photography, every hashtag right up your sleeves!

Find what works best for you, what hashtags are actually pushing your content up on search bars and voilà!