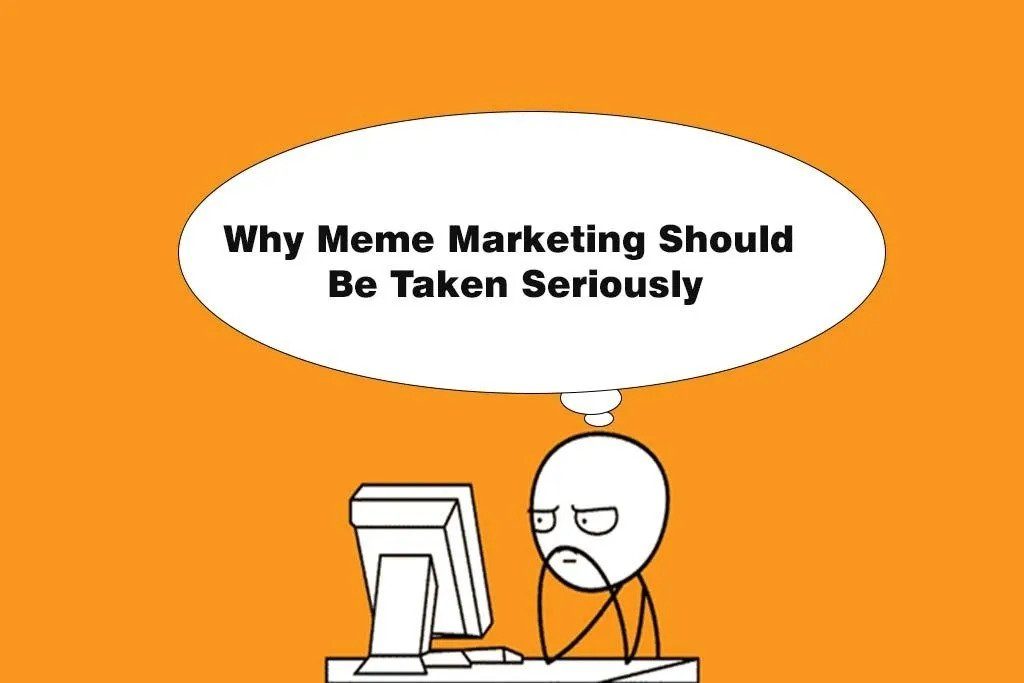 Why Meme Marketing Should Be Taken Seriously

Certain things can be predicted that will shape the future of marketing. Here we are talking about the explosive growth of meme marketing in recent years.

Right now, digital marketing memes are the hottest content online. Everything worth publishing on social media platforms is capable of turning into a meme.

What is a meme?

The meme is mostly visual content that converses an issue alongside a humorous caption. These memes can be in form visual formats like static posts, GIFs, reels, and videos that are quite popular in the world of meme-lords.

A meme has three major components:

Why do people relate to memes better than other forms of content?

The answer to this question is that the memes are straightforward. They offer a fresh perspective on a given issue and behold the attention of the audience as the human mind engages with visual information 60,000 times faster than texts. Sometimes visual includes something that has a recall value—like a scene of a famous movie or a trending song – it becomes easy and faster to relate to it.

People, especially Gen Z, love memes. The memes offer an entertaining analysis of everything—from your childhood to the latest current affairs around the globe.

Today, brands are adopting meme marketing because they are fun, easy, and entertaining to create. We can say that meme is the language that today’s audience speaks and understands. Also, meme marketing makes brands look cool, bold, or even goofy.

How to make memes?

Creating a meme is like coming up with a joke and not everyone is capable enough to create jokes Using memes in your brand’s marketing is that it’s free and fun to do. It is perhaps one of the most difficult yet most rewarding experiences. Once you start writing memes, you start looking at content around you as a fresh template for your subsequent meme idea. 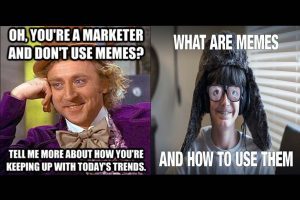 Keep in mind – Memes are not for everyone

Some memes can be divisive and offensive for some people. It is good to test the waters gently with your audience and if they like your memes, it will be reflected in your engagement analytics. It is advised to understand a meme’s original context before you publish a meme on your social media channel.

A meme can brighten someone’s day. So, use interesting memes to exchange good-humored interactions with your audience and delight them.